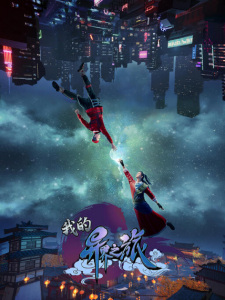 Plot Summary: Young Chen Xiaofan entered an alternate world after he accidentally swallowed a Chaos Orb, and became Young Master Chen, the prettiest man in Muyun City. Although he was adored by all the ladies in Muyun City, he was useless as he was not able to cultivate. With his mind set on going back to his original world, he gave up his stable lifestyle as a young master and went against his family’s wishes, determined to walk the path of a cultivator.

Other name: My Journey To Another World, 我的异界之旅